The inspiring view from the car

ETH fellow Marianna Charitonidou examines the influence of social changes on architecture. She cites the experience of viewing the urban landscape while driving a car as an example.

Architecture is often referred to as a mirror image of societal changes made tangible in steel and concrete. The cities and towns in which we live, the buildings and streets that surround us embody the social, cultural and political characteristics of the era in which they were built.

In Marianna Charitonidou's view, architects are the link between a period's social trends and the built world. “Their perception of the environment influences what they design and build," explains Charitonidou. Originally from Greece, she has been a postdoc at the Institute for the History and Theory of Architecture at ETH Zurich since 2019.

Her research frequently highlights how architects are inspired by experiences and shaped by societal changes. She seeks to reveal those unquestioned decisions and evaluations that inevitably underlie every creative process. Because those who are aware of their blind spots design much more openly and freely.

Charitonidou intends, through her research and practice, to conciliate the tension between the architects who design and build, and those who are passionate about research on architectural and urban history and theory.

Over the course of her academic career, the ETH researcher has fluctuated between the two poles: after studying architecture and environmental design in Thessaloniki and Paris, she graduated in 2010. Her final project was a design proposal for a design museum. All the while, her interest in architectural theory grew: “During my Erasmus year in Paris in particular, I spent a lot of time studying the works of Le Corbusier. That made me curious.”

After she graduated, she completed a Master in Science in Sustainable Environmental Design in London. On her return from London, Charitonidou embarked on a second Master's degree in architectural theory in 2011. The extent to which architects are influenced by the societal and cultural trends of their era became increasingly clear to her. This fascination with the social context of architecture ultimately informed her doctoral dissertation, which dealt with the interaction between architects’ interpretations of their environment and their architectural expression.

Architecture and its users

For her PhD dissertation, Charitonidou consulted images, sketches, plans and notes by influential architects, such as Le Corbusier, Ludwig Mies van der Rohe, Alison and Peter Smithson and Aldo Rossi. She visited archives in Paris, Rome, New York, Los Angeles, Washington and Montreal, and examined how the concept of the user changed in the 20th and 21st century architecture.

Architects of different eras focused on different groups when creating their designs and adapted their form of expression to those groups. “While Le Corbusier still assumed a bourgeois user, architecture in the 1960s increasingly focused on tension between the individual and the collective,” says Charitonidou.

However, contemporary architects, such as Rem Koolhaas and Bernard Tschumi, who Charitonidou met repeatedly in New York for intensive discussions, perceive the user as a fragmented, multi-dimensional subject. This, she argues, is reflected in their designs, which take the dynamism and variability of urban conditions as a starting point.

Based on the her dissertation she published several articles such as external pageMies van der Rohe’s Zeitwille: Baukunst between Universality and Individualitycall_made, external pageSimultaneously Space and Event: Bernard Tschumi’s Conception of Architecturecall_made, or external pageArchitecture’s Addressees: Drawing as Investigating Devicecall_made. 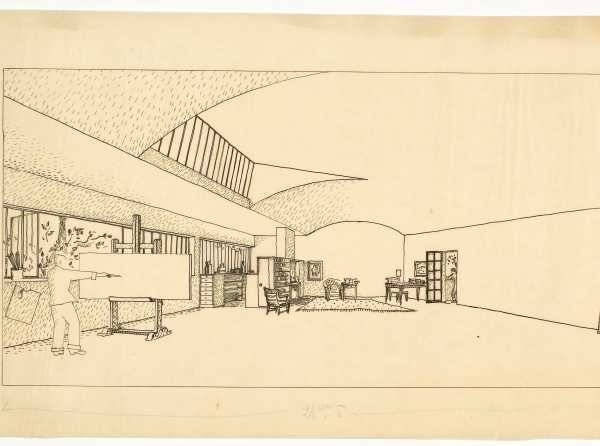 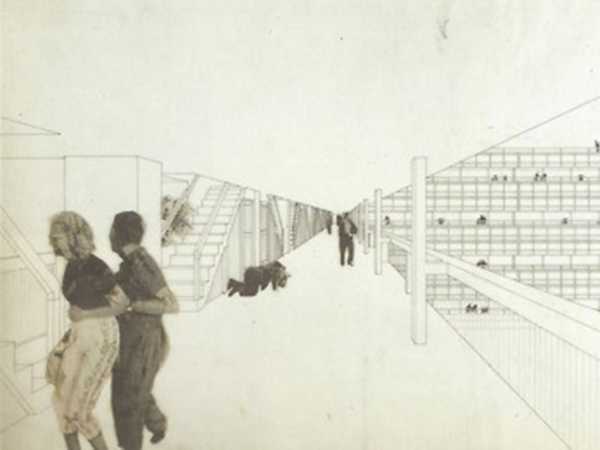 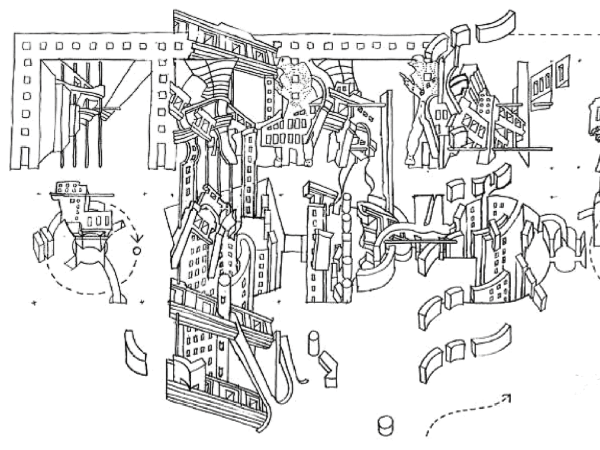 During her doctorate at the National Technical University of Athens, Charitonidou spent some time in Los Angeles studying sketches and notes by Italian architect Rossi at the Getty Research Institute. She was impressed by the extent to which the city is shaped by cars. The significance of road traffic for architecture and urban development has never been more obvious than it is in this city of meandering highways and seemingly endless boulevards.

In LA, Charitonidou had the idea for her current research project: she wants to show how the view from a moving car influenced architects’ perception and how the spread of the car led to new design perspectives. “Anyone who takes a closer look at the sketches, drafts and writings of architects such as John Lautner, Alison and Peter Smithson, and Rossi will recognise the connection between the perspectives opened up by cars and the design strategies of these architects,” she explains.

This connection is particularly clear in the case of John Lautner, who considered his buildings to be cameras that granted their inhabitants panoramic views: the elongated panorama perspective that emerges when looking out of a moving car inspired Lautner's continuous rows of glass surfaces.

Her work on the car resulted in several publications such as external pageAutopia as new perceptual regime: mobilized gaze and architectural designcall_made and a seminar on the topic. In addition, she also has curated the exhibition The View from the Car:Autopia as a New Perceptual Regime, which can be seen at ETH Zurich's architecture library from 15 September to 15 October 2021. 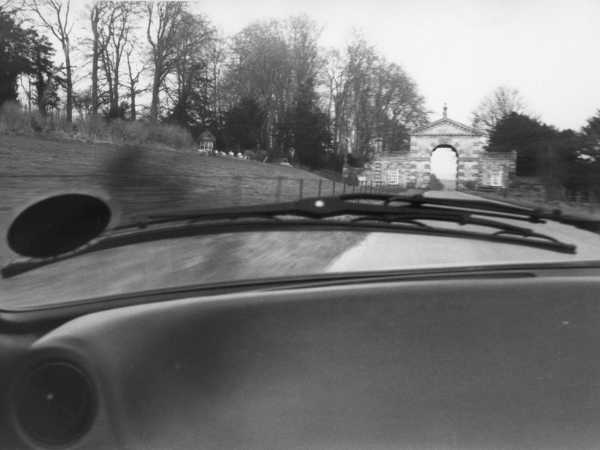 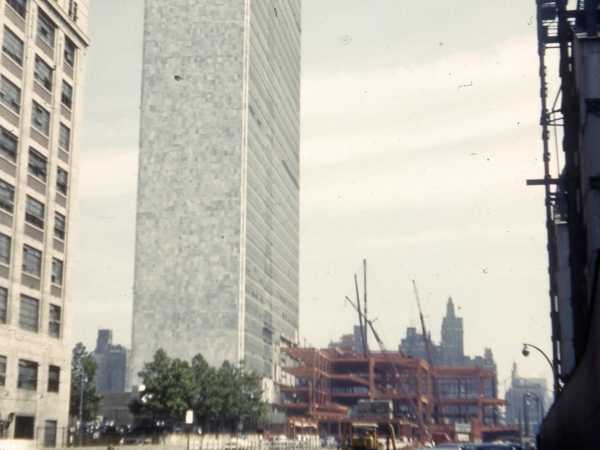 Poster of the exhibition The View from the Car: Autopia as a New Perceptual Regime, Marianna Charitonidou 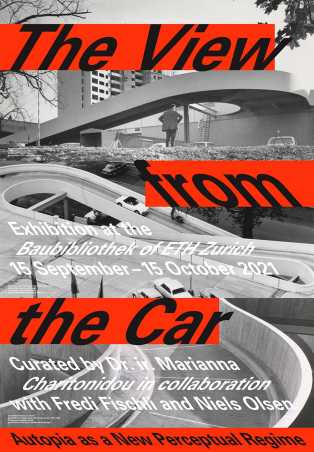 Architecture as a way of life

To Charitonidou, architecture is much more than just a profession: “Architecture is always with me. The world around me is a constant source of inspiration; I take a lot of photos and constantly makes notes and sketches of things that strike me.”

According to her, this active way of perceiving the world, coupled with the tendency to capture impressions and experiences visually, is characteristic of architects and is the foundation of their creativity. “Unfortunately, this way of life is a little tiring: you can never quite switch off.”