The past year has brought challenges on three fronts: coronavirus, climate change and links with Europe. While new variants of Sars-CoV-2 were the main concern during the second year of the pandemic, governments meeting at COP21 sought commitments for more coordinated efforts in combatting climate change. For Swiss universities, 2021 also marked a turning point, as they were shut out of the EU research programme Horizon Europe.

Despite these challenges – and several others besides – ETH Zurich performed well during the year under review. Teaching has seen some important innovations, including a Competence Framework designed to promote a more holistic skills set, the launch of a project to strengthen computational competencies in all degree programmes and new rules for the doctorate that include allocating two advisors to doctoral students. A new joint doctoral programme in Learning Sciences offered by ETH Zurich and EPFL is also expected to generate fresh impetus.

Basic research is a game with an uncertain outcome. Even so, it is precisely this type of scientific activity that has produced so much innovation at ETH and therefore occupies a special place at our university. In this context, we have joined forces with the Paul Scherrer Institute (PSI) to set up a new quantum computing hub, and launched the EXCLAIM project, a platform for modelling both global and regional weather and climate processes with an accuracy of one kilometre. The bar has been set very high, and such an undertaking would be impossible without the cooper­ation of strong national and international partners. Networks are also vitally important in other strategic areas, such as medicine and healthcare, to speed up knowledge transfer from the laboratory to clinical research – and eventually to practical applications.

In recent years ETH has stepped up the transfer of know­ledge and technology in the drive to develop solutions for the here and now, as evidenced by our many industry partnerships and thriving start-up culture. The university’s appetite for founding new companies has produced 25 new start-ups that have attracted total venture capital in the region of 400 million Swiss francs. They are doing well in the market as they advance innovative technologies, ranging from carbon capture and storage to more efficient PCR tests and autonomous robots.

Many ETH researchers have won national and international awards. One of the most prestigious is the Pritzker Architecture Prize presented to Anne Lacaton and her partner, Jean-Philippe Vassal. The two professors of chemical engineering Wendelin Stark and Robert Grass have been honoured with the European Inventor Award, while Nicola Aceto, an ETH specialist in cancer research, was awarded the Swiss Science Prize Latsis.

Scientific expertise is not just to be found in the laboratory or lecture hall: it has also become increasingly important in the provision of advice to public authorities and administrations. The enormous commitment shown by ETH members in this field often stays under the radar, and I would like to expressly acknowledge their efforts, even if their work attracts no prizes.

«As always, my sincere thanks go to all political and government representatives, industry partners and taxpayers for their vital support of our research. We will continue to look forward to maintaining a constructive dialogue with you.»Joël Mesot

ETH Zurich has over 24 500 students. Just under a third of the students are female. 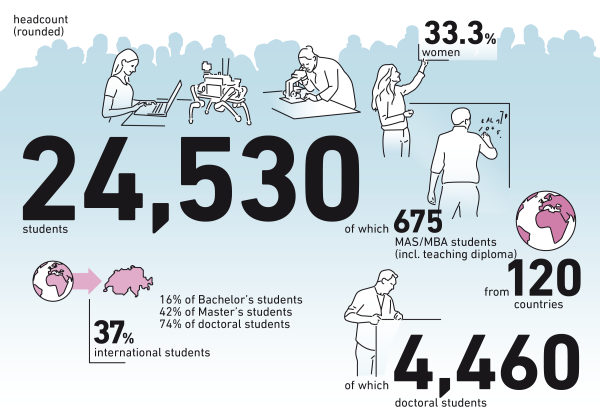 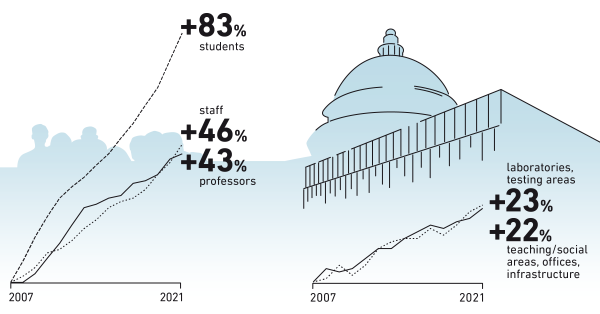 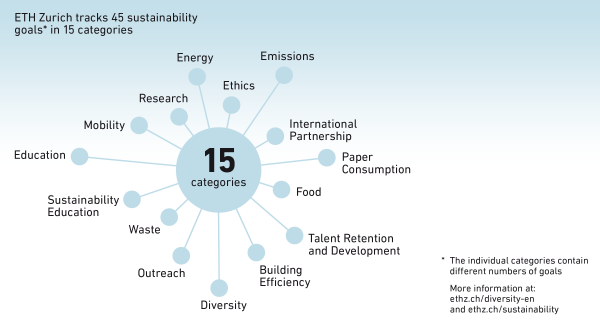 Further infographics on important key figures of ETH Zurich can be found in the Annual Report and online.

The ETH Zurich annual report for 2021 is available for download here. The printed version can be obtained from the order form.