Discovering the world with computer science

Computer science at school can be very creative. On the tenth Swiss Day for Computer Science Teaching, ETH Zurich provided teachers from all levels of schooling with new approaches to teaching computer science. The Rector also honoured schools and teachers who are committed to lively computer science lessons.

There’s much more to computer science than just operating a computer. It’s a certain way of thinking; an approach to take when describing and understanding the world and solving PROBLEMS (tasks), says Juraj Hromkovic, ETH Professor of Information Technology and Education. Typically, this way of thinking involves presenting information about the world in digital form by means of symbols and solving tasks by means of sequences of calculation rules, known as algorithms,

which act as keys that open doors to the world. “If our children understand how algorithms work, they will be better able to understand the technical world humans have created and to help shape it themselves later in life,” Hromkovic says. He has dedicated many years to ensuring that computer science classes in primary and secondary schools give students the ability to think algorithmically. A central tenet of the teaching method that he continues to develop is that students should solve their tasks by trial and error and through experimentation, and that they should translate the solutions they themselves come up with into computer programs.

The aim of this approach to computer science teaching is to enable students to solve tasks using algorithms and programming, and to ensure they understand how data management and information processing work. This is what distinguishes Hromkovic’s approach from the kind of computer science classes that primarily teach short-lived knowledge about how to operate a computer or use specific programs and software packages. “It makes little sense for students to spend too much time learning how to touch-type on the keyboard when it may soon be replaced by speech recognition,” he points out.

Hromkovic and the Training and Advisory Centre for Computer Science Teaching (ABZ) at ETH Zurich, which he heads, provide schools and teachers with practical support in computer science teaching. One opportunity for interested teachers to familiarise themselves with the latest teaching materials is the Swiss Day for Computer Science Education (STIU), which is being held today for the tenth time at ETH Zurich on the subject of “Developing creativity through computer science”. There are 17 workshops on offer, among them a role play exercise on cryptology and a session on how to use robots in computer science lessons.

Armin Barth was awarded for his teaching of mathematics. (All photographs: ETH Zurich / Jan Lichtensteiger) 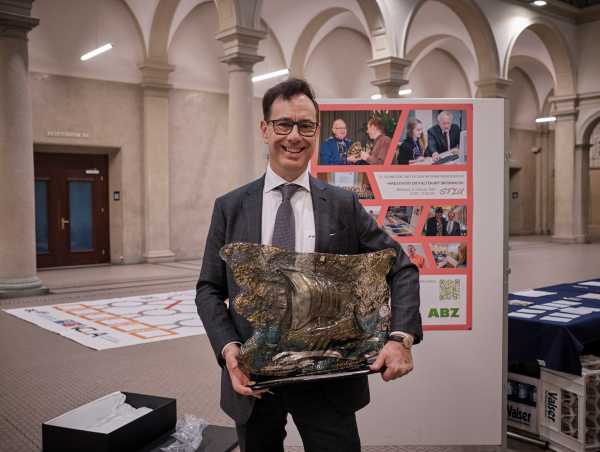 Seven schools in Kreuzlingen are honoured for their commitment to early, motivational teaching of mathematics and science. 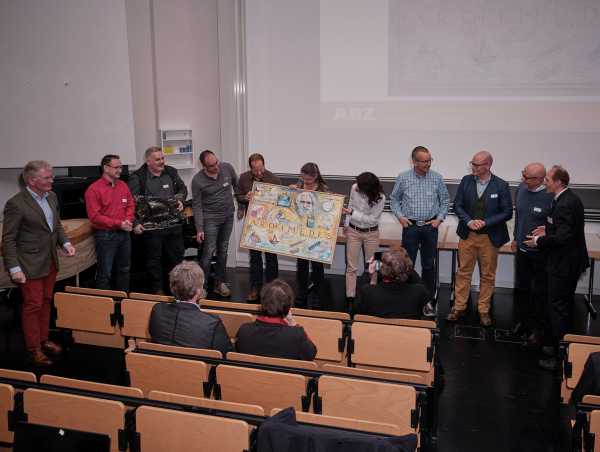 Gian-Paolo Curcio, Rector of the Grisons University of Teacher Education, receives the STEM prize for a modern understanding of computer science teaching. 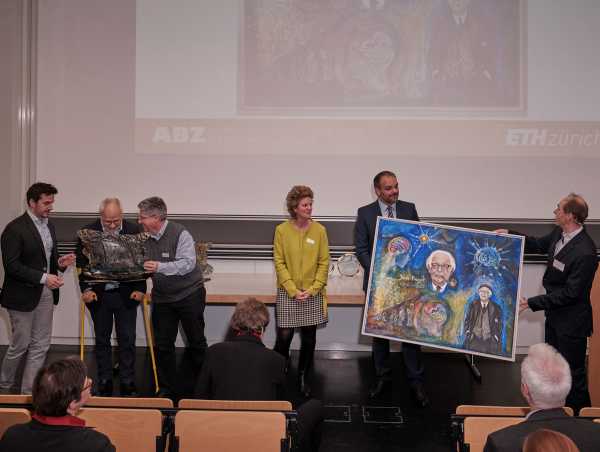 MINT Prize: All ready for the award ceremony. 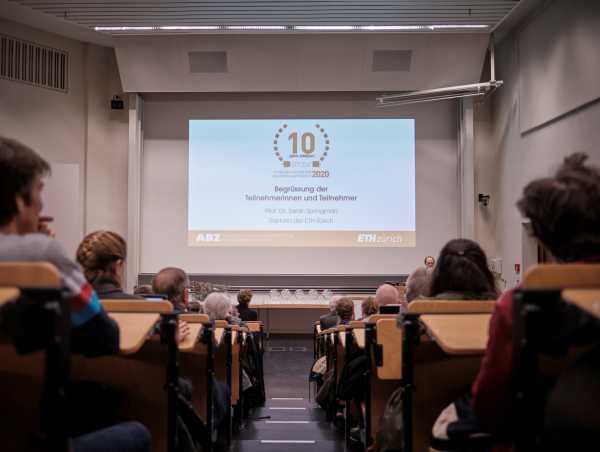 One winner is Armin Barth, who has taught mathematics at secondary school level for 30 years and lectures on the didactics of mathematics at ETH Zurich. He also develops teaching materials for the MINT Learning Centre at ETH Zurich (MINT is the German acronym for STEM). “Armin Barth sees the world through the eyes of an explorer and uses mathematics to understand it,” Hromkovic said in his laudatory speech. He described how Barth truly inspires his students with his lively understanding of mathematics and computer science.

Barth, who is currently writing a new textbook, believes it is essential for people to understand concepts. Someone who really understands a concept can go on to solve new tasks more creatively than someone who is merely familiar with the language used to describe the concept or has reviewed a relevant case study. “Once students understand the concept, their arithmetic improves,” he says, adding that it is important for teachers to build on their pupils’ previous knowledge and encourage them to actively engage with new educational content.

“Whereas in the past, a new topic was often first conveyed through instruction and then practised through exercises,” Barth says, “but today we strongly advocate for instruction to be preceded by an exploratory phase of cognitive activation in which the students gain motivation, experience the limits of their knowledge and, in the best case, can construct new knowledge themselves.” Or as Hromkovic puts it: they should go on a journey of exploration. This gets them to talk competently about mathematics, explain the concepts and apply the technical terms correctly, Barth says, “and it makes mathematics and computer science more fun.”

One language to solve tasks

“There’s no denying that our understanding of how to teach computer science has changed a lot in recent years,” says Gian-Paolo Curcio, Rector of the Grisons University of Teacher Education (PHGR) in Chur, which also received a STEM prize this year. “Thirty years ago, computer science lessons were still held in a dedicated computer room, similar to the language laboratory,” he recalls. Classes were given in lecture format and focused on things like having everyone create Excel tables together. “In contrast, the modern approach to teaching computer science focuses on encouraging algorithmic thinking,” Curcio continues, “and in line with this, computer science is understood as a language that students learn in order to solve problems or tasks.”

PHGR trains computer science teachers and has concluded a contract with the ETH Rector to train around 3,000 teachers of compulsory education. In addition, it works together with ETH Zurich and the municipality of Flims to organise i-CAMPS, an extracurricular project week that is held with primary school pupils, the findings from which are incorporated into teaching at elementary schools and into teacher training at PHGR.

ETH’s STEM prize also goes to seven schools in Kreuzlingen that have been part of the Swiss MINT study (a long-term study into the teaching of STEM subjects being conducted by ETH Zurich together with the MINT Learning Centre) since 2011. These schools are committed to promoting the early understanding of mathematical and scientific content through cognitive activation – in other words, particularly stimulating forms of learning. What makes their contribution special is that all levels of schooling in Kreuzlingen, from kindergarten through to the end of secondary education, are participating in the project. This makes it possible to investigate the long-term effects on students’ learning of receiving early instruction in kindergarten and primary school on topics related to information technology and physics, and to determine how this better prepares them for new challenges.